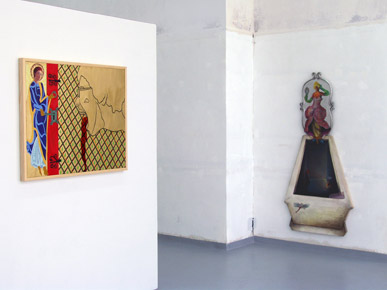 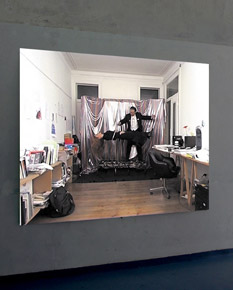 vamiali's is proud to present the group show Magic curated by Andrea Gilbert.

What do art and magic have in common? Everything. Both are as old as culture itself. Magic was once considered an art, and art objects have always assisted it. Both are inventions that mediate between human nature and nature's inhumanity. Both use mediums, illusion and enchantment to produce effects, which attempt - most always in vain - to master the secret forces of the universe.

The exhibition Magic brings together nine artists from various parts of the world, whose enterprises demand from their viewers a willing suspension of disbelief. The artwork in Magic has its point of departure in the ancient conjured space of myth, legend and miracle, but moves unmistakably within present or, in some cases, future time. The artists come from a variety of cultural, social and religious backgrounds that have influenced their work. What they share is a late 20th-century upbringing and an uninhibited delight in presenting their inner visions of life, death, sexuality, romance and horror. Their individual expressions, which often are tinged with humor and cynicism, in some way all draw on the diachronic, universal appeal of the magical - in all its dark and bright aspects.

The circus performers that Michal Chelbin (Israel, 1974) photographs are real in every sense, yet they inhabit a strange world that is both full of information and full of riddles.

Efrat Galnoor (Israel, 1970) casts herself as the miracle-performing heroes/heroines in Mediaeval miniatures, updating these religious scenes as gender-bending displays of strength and power.

Video artist Joao Onofre (Portugal, 1976) pits the eternal power of magic against technology by inviting a traditional magician couple to perform a levitation in his studio.

A 4 color catalogue accompanies the exhibition. 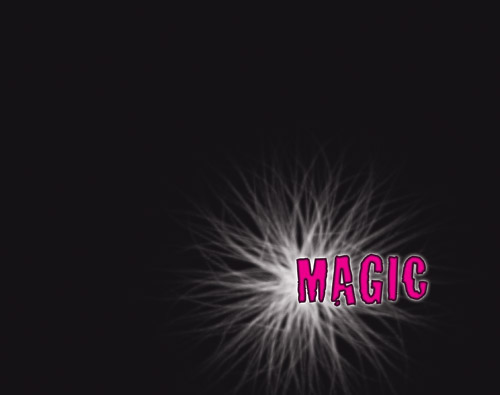 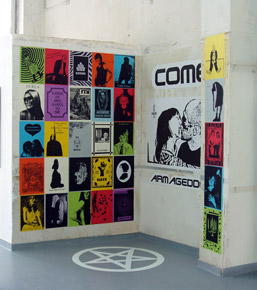 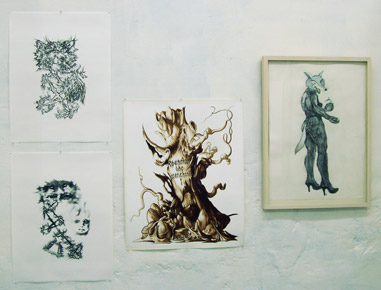 MAIN PAGE   ABOUT US   EXHIBITIONS   OFF-SITE PROJECTS    CONTACT US 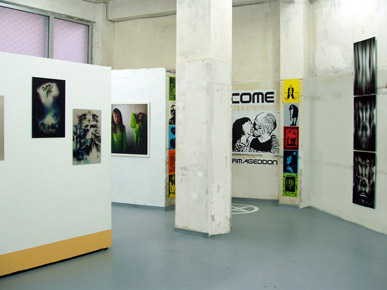 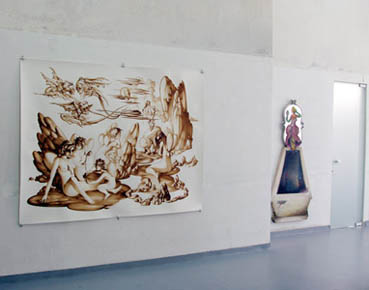 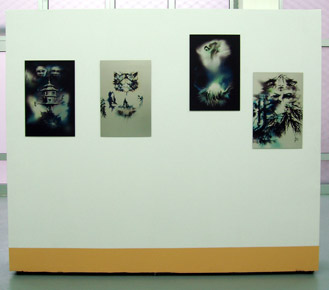 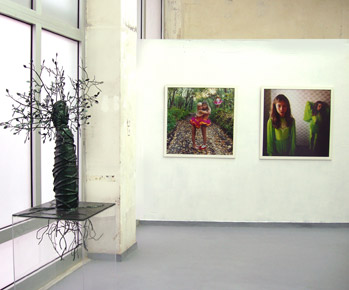 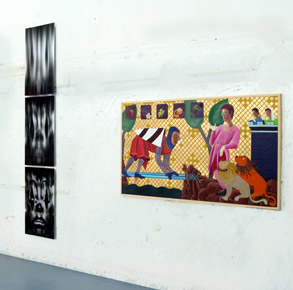 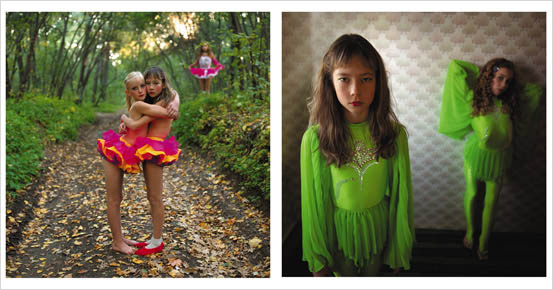