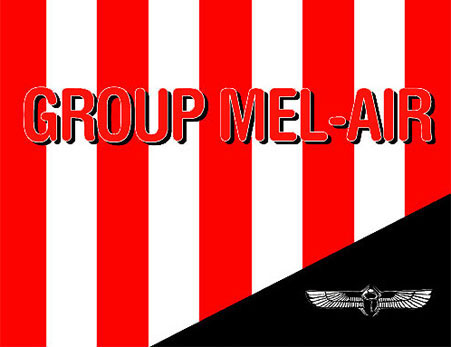 New gallery space vamiali's is pleased to present Group Mel-Air´s first solo exhibition in Europe. The exhibition opens with a reception on Saturday, December 6, 2003 and continues through January 10, 2004.

Mel-Air is a collective action group of four very young artists working together since 1999. The Group travels from country to country in a residency programme, including America, New Zealand and China (Shanghai), where they still live.

Mel-Air will produce new works made especially for this exhibition. Using a wide range of mediums they present collages, drawings as well as sculptural installation structures made out of found and fabricated elements.

Leaving like nomads and coming from different backgrounds (fine art, music and graphic design) and nationalities they emerge in their work all these cultural and sociological references. They juxtapose elements, adopt methods, borrow images, exploring with this way the notion that their working practise is imposed by the way of life.

These active 'neo hippies' approach their way of production like an opportunity to observe the world that surrounds them. These observations come mainly through travelling. Like little farces or jogs their works are the products of a collective action which they become autonomous in the space.

The members of Group Mel-Air are Melanie Hill and Robert Nixon coming originally from New Zealand, Liz Kang from China and Mohammed Hamdi from Egypt. They live and work in Shanghai since June 2003. They had their work in exhibitions in New York, Texas, Wellington (New Zealand) and China. 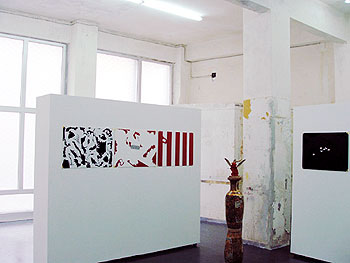 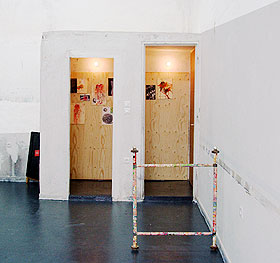 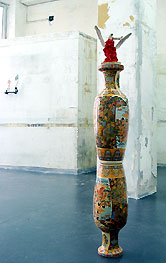